How Does an English Channel Relay Swim Work? 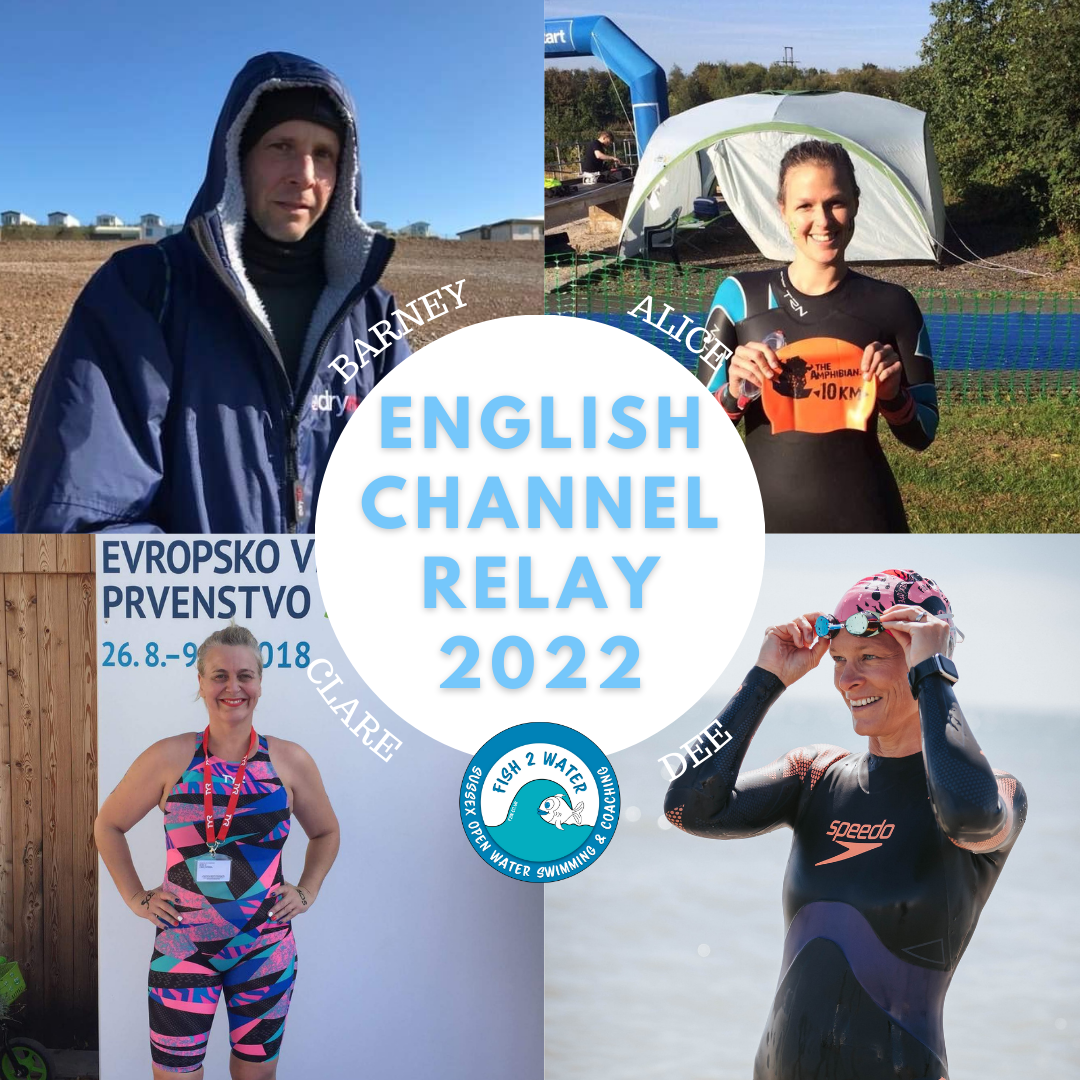 How does an English Channel Relay Swim Work?

The shortest distance between England and France is 21 Miles (32 km) in a straight line but the path the swimmers swim is more of a S shape and that is to do with the tides/currents pushing along the channel.

Swims start from either Shakespeare Beach or Samphire Hoe in Dover and hope to finish on the beach at Cap Gris Nez in France.

Swim in a straight line dammit!

The tides/ currents in the English Channel do not go back and forth between England and France, in fact they push East and West ish along the coast.

Because of this, the swimmer(s) must try to swim perpendicular to the current so that they they make some headway otherwise they would be mainly swimming up and down and not across. This is where the S shape comes into play. Strong swimmers will have a slight S curve whereas slightly weaker swimmers will have a curvier path. The curvier the path the longer the swim will take (sorry to point out the obvious).

Swimming on a Neap tide has less current than swimming on a Spring tide so mostly these are more desired.

The wind has huge impact on the condition of the sea and can make any crossing hard. 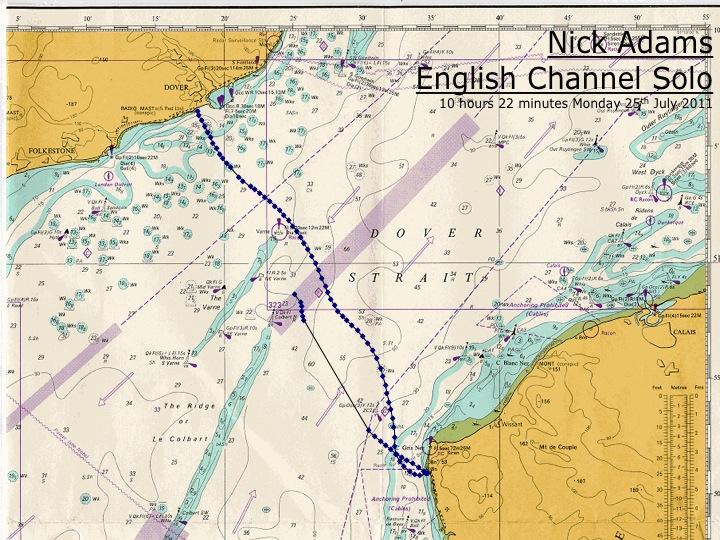 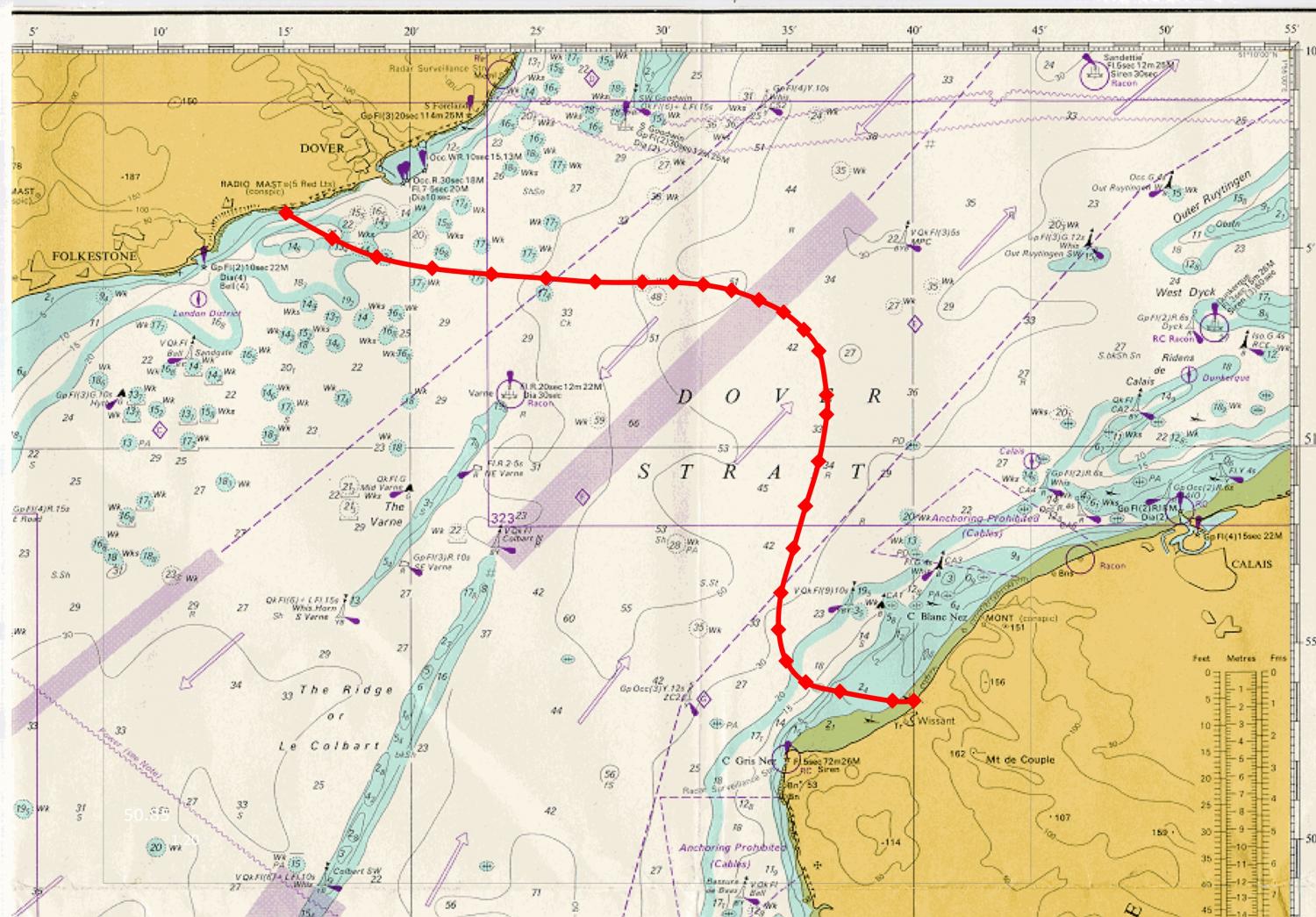 You can not swim the Channel without a registered pilot boat. The CS&PF and the CSA have permission to oversee English Channel Swimming from the British Maritime and Coastguard Agency (MCA), and the French coastguards (Centre RègionalOpèrational de Surveillance et de Sauvetage (CROSS) Gris Nez) and are currently the only two organisations currently accompanying attempts to swim the English Channel.

In a realy the first person will swim from the boat to the beach to start. They will swim for 1 hour. They may not touch the boat at all until the end of their swim time.  Each swimmer will then in turn swim one hour until they reach Cap Griz-Nez in France. An average team time for teams is 15 hrs so in a 4 person relay we may have 3-4 swims each. 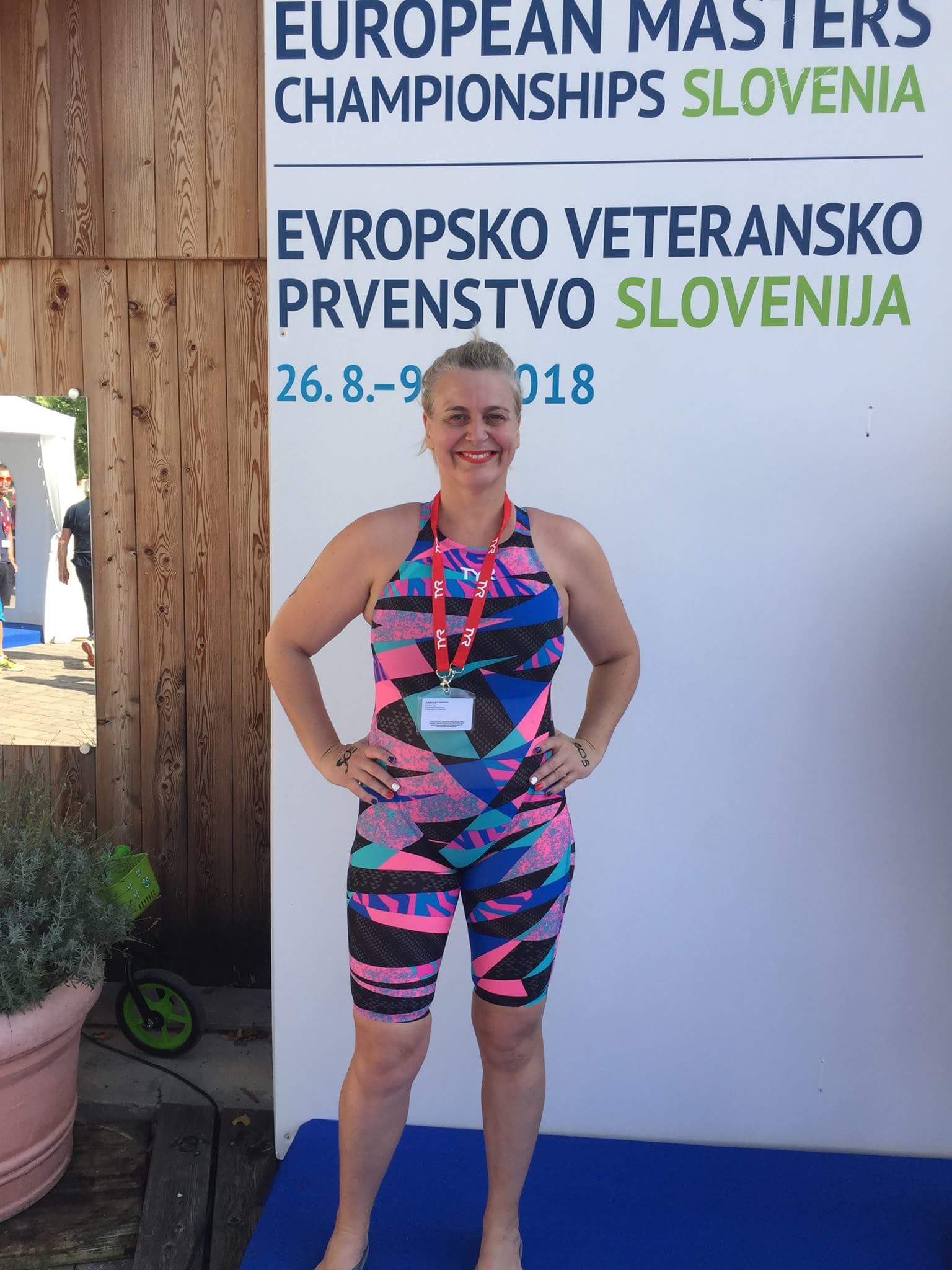 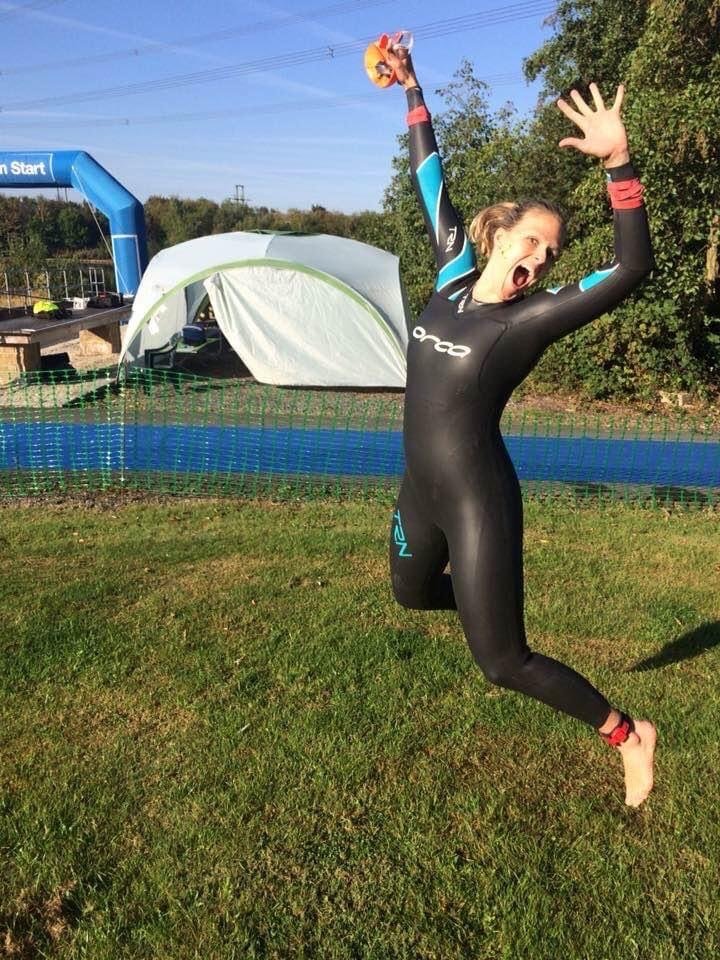 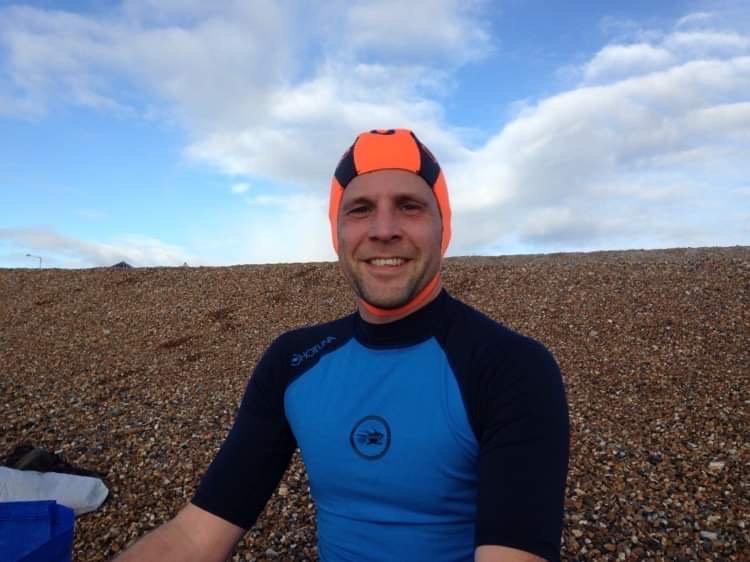 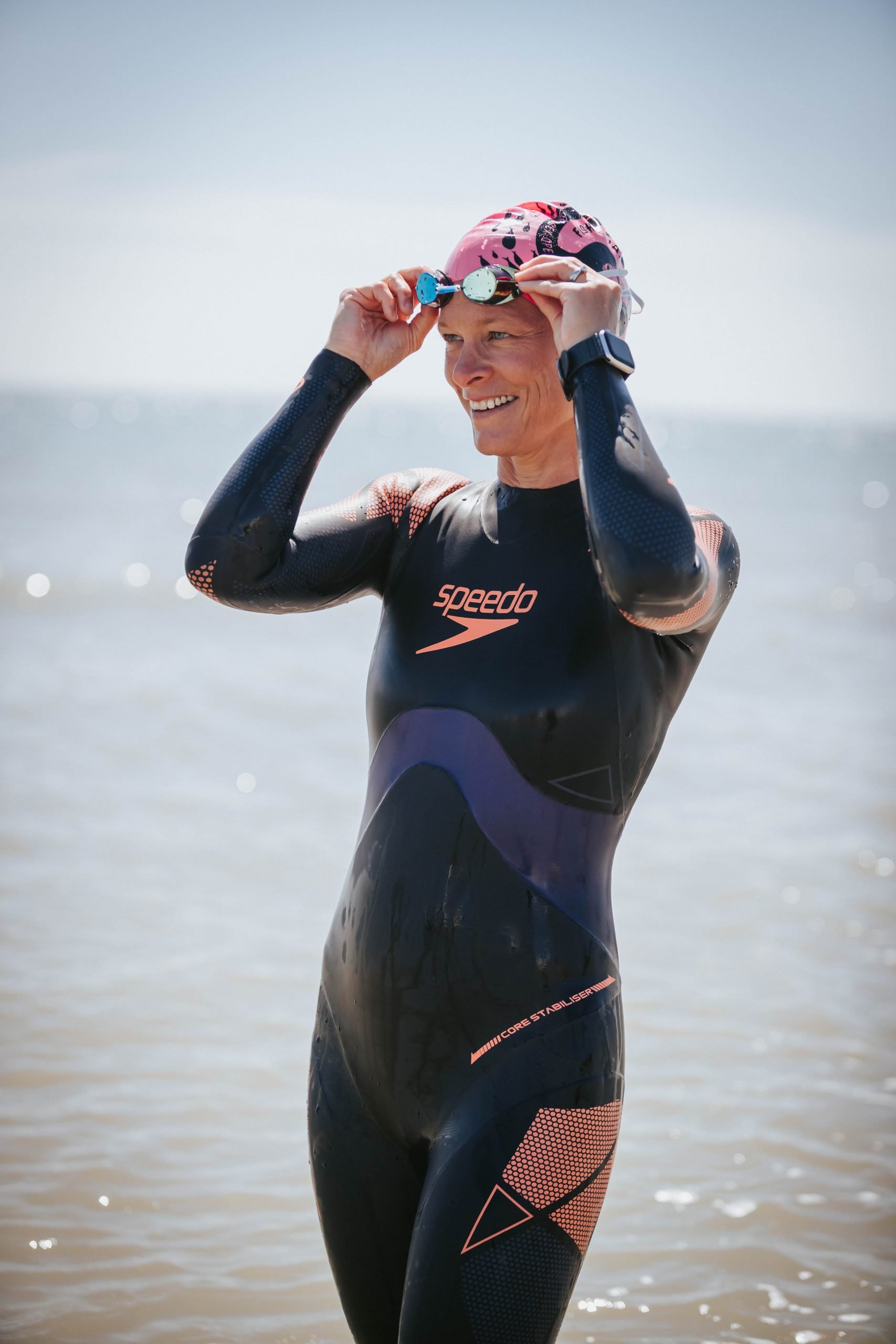 Where is the Neoprene?

Official channel swims must be done without the use of any neoprene or long swimsuits, you can swim with a wetsuit but it will be unratified meaning it will not go on record.

The water temperature is between 15°C around the end of June to 18°C by the end of August then it will drop going into October.  The air temperature has a huge influence on the chill factor for the swimmer so swimming at night when the sun has set can expose the body to more heat loss.

Hypothermia is a huge concern for cold water swimmers as body heat is lost 25 X faster in water than in air. Acclimatization is key to becoming a Channel Swimmer.

Whether swimming a relay or a solo, training for the Channel can be all consuming.

A training plan is so important and there is no better plan than a plan from someone who has done or knows lots about long distance swimming.

All the training in the world though will still boil down to willpower a strength to push past mental blocks.

Position #1 gets first refusal for a swim. If they refuse, then #2 gets the refusal, then #3…

If position # 1 takes the swim, then #2 will get the next swimmable tide in that window. For #3, #4 or #5 to swim, those above will have to either swim or refuse. Therefore the chance of #5 swimmer getting a shot within a tide is low.

Relay slots are easier to find because if the swimmers are properly trained they can tackle worse conditions than a soloist (since each swimmer will get a rest). Relays also more commonly go on spring tides which soloists commonly (but not exclusively) try to avoid.

1) Around 600 tankers and 200 ferries pass through the English Channel every day, making it one of the busiest shipping lanes in the world! It is the job of your escort boat and pilot to make sure you swim through all this traffic safely.

2) At the age of just 11 years and 336 days old, Tom Gregory became the youngest person ever to swim across the English Channel. At 5am on 6 September 1988, Tom Gregory stood on the tip of France and set off for England. It took him 11 hours and 54 minutes.No one younger has since completed the challenge – and no one ever will. In November 2000, the Channel Swimming Association banned under-16s from attempting the crossing.

3) David Walliams completed a solo channel swim in 2006 in an awesome time of 10 hrs and 34 minutes.

4) Sarah Thomas from the USA has set a new world record by swimming four times non-stop across the English Channel.

Only four swimmers have swam three times in one go across the English Channel – that’s the water between the UK and France – but no-one has ever completed a fourth leg. She finished the swim in 54 hours and ten minutes.